The very best way to learn to write well (aside from actually writing, which would be far less helpful without this step) is to read excellent writing. Stephen King put it bluntly:

And I quite agree.

One of the most excellent books I have read is Elizabeth Gaskell’s North and South. Set in England in the wake of the Industrial Revolution, the book follows Margaret Hale as her family is uprooted from a rural village in the south to an industrial town in the north, where she is appalled by the poverty she sees and the feuding between the classes. Against a backdrop of such unsightliness and suffering, Gaskell frames the fragments of beauty in life where they will resplend all the more.

“How am I to dress up in my finery, and go off and away to smart parties, after the sorrow I have seen today?”

Gaskell was a dear friend of Charlotte Bronte (even penning her biography after Bronte’s death), and North and South first entered the world as a serialized novel in Dicken’s Household Words in 1854-55. Sadly, Gaskell’s work is not as well-known as her peers’, through no lack of its own merit.

The miniseries adaptation is also worth watching, though it is a bit like arranging a symphony of Beethoven for solo piccolo; by necessity of its medium, it can capture only a fragment of the beauty, in altered form, and loses so many of the rich harmonies and countermelodies that give the original its depth, but still it is beautiful in its own way. (Disclaimer: I have never actually heard any work of Beethoven arranged for solo piccolo, but now I am intensely curious to know what that would sound like.)

My mother and I have adored our copy of the book nearly to death. (It was purchased new, many years ago.)

So I bought a shiny new copy… 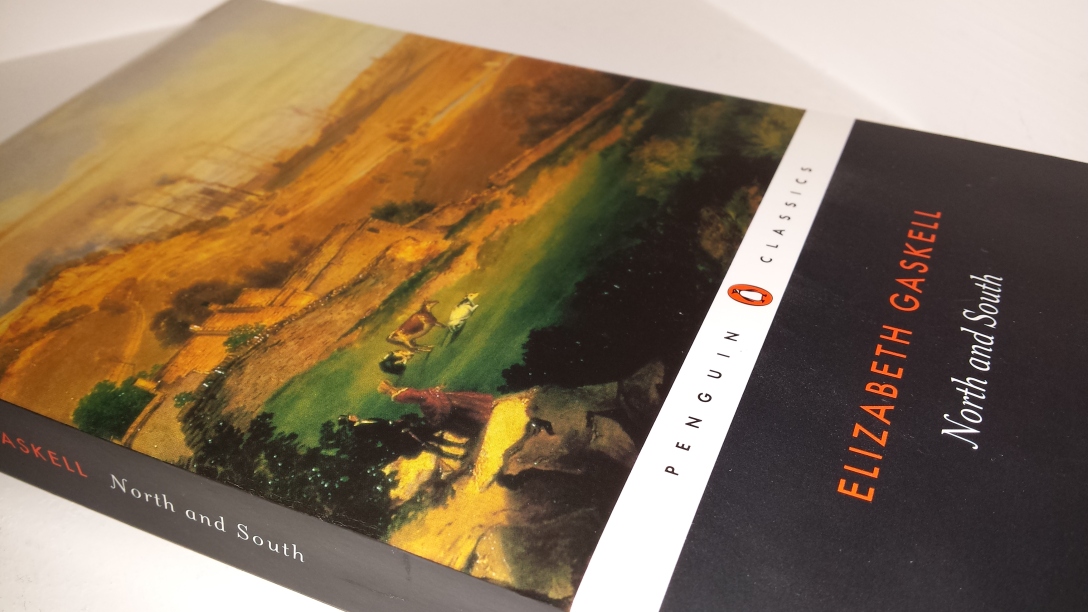 … and I gave the tattered one to my mother, . Though in truth, I actually kind of miss the softened yellowness of the old one.

Without further ado, I offer, spoiler-free,

Gaskell delicately examines complex social issues without imposing her own views onto the story. Though the book centers around the enmity between manufacturers and laborers, you’d be hard-pressed to determine the author’s own opinion of the matter based on this book. And yet her objectivity does not result in aimless storytelling: by portraying the difficulties honestly and without bias, she allows the story to speak more powerfully for itself than she could ever do for it. This is a great study for those of us handling controversial topics in our own work.

If you’re unaccustomed to Victorian literature, this is a great place to start. Gaskell’s writing is strikingly modern while maintaining the elegance of her time. She does 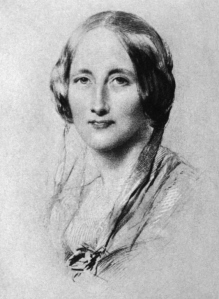 employ a number of techniques that authors wouldn’t get away with today, but compared to many of her contemporaries, her writing is tight and focused, almost as though she anticipated future generations with shorter attention spans and buzzing smartphones.

Gaskell is a remarkably astute observer of mankind. If you struggle with characterization, this book is worth reading for that aspect alone. If characters are your forte, you’ll still likely gawk at her ability to hit the nail of humanity on the head. (At least I did.) The characters are distinct yet far from being caricatures. She portrays them vividly and subtly, all at once.

Her prose is beautiful. It’s probably safe to say that eloquence was far more prevalent among educated Victorians than among the educated populace of today. But even for her time her prose shines.

A little breeze was stirring in the hot air, and though there were no trees to show the playful tossing movement caused by the wind among the leaves, Margaret knew how, somewhere or another, by wayside, in copses, or in thick green woods, there was a pleasant, murmuring dancing sound, — a rushing and falling noise, the very thought of which was an echo of distant gladness in her heart. (p. 190)

Gaskell adeptly weaves both societal ills and individual afflictions into a cohesive plot. Come to think of it, the whole thing is intricately woven, with the many threads of story intertwining into a seamless conclusion. But this is especially apparent in her balancing and fusing of the social and the individual. The woes of society become personal struggles of the characters. The struggles of the characters distill the woes of society. There is much to ponder metaphysically and literarily.

The story is timeless. In plumbing the trials of her time, Gaskell has struck a far deeper vein fissuring the very bedrock of humanity. More than a century and a half later, the themes are still startlingly relevant.

Whether you write fast-paced techno-thrillers or introspective literary fiction, there are many interdisciplinary lessons to be learned in North and South. 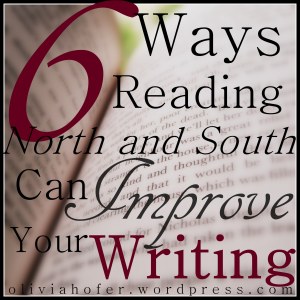 Tell me your thoughts: Have you read North and South or seen the miniseries? What did you think? What books have you read or films have you seen that adroitly handled contentious issues and used specific dilemmas to underscore conflicts universal to humanity?